With over 17 years of experience, Executive Chef Arnaud Drouvillé has perfected his talents at some of the most prestigious establishments in Europe and Asia. 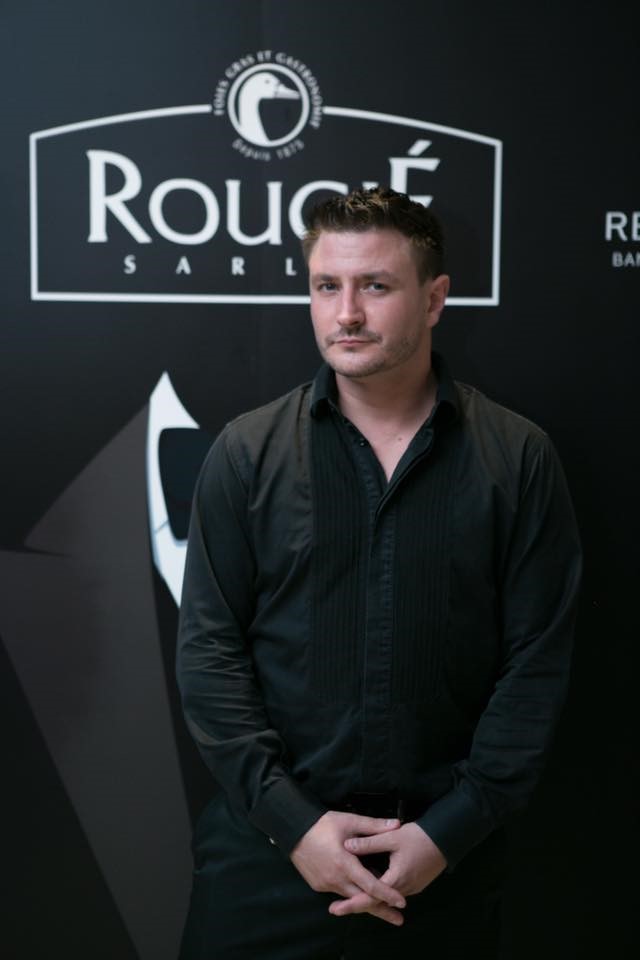 Being of French, Spanish and Italian origin, from childhood Arnaud was blessed with the good fortune to acquire a strong sense of Mediterranean culinary culture. Having also been a nature and animal lover from the beginning, one of his greatest joys while young was during the shared 14 years of his life with his Labrador Retriever, Ema, exploring the woods in search of fresh mushrooms and strawberries.

Although always full of love and a passion for food, Chef Arnaud first stepped inside the kitchen as a waiter, only to quickly find himself climbing the ladder faster than most of his peers. He took only two years to pass his graduate program while others usually required up to four years.

By 17, he had already graduated from Mederic Culinary School in Paris and was diving straight into the real world of the culinary arts. During his apprenticeship, he enjoyed the exciting capital, touring the Parisian palaces, finally finishing his training at Cortille in Paris.

Arnaud is among the few gifted young chefs with a very rich experience in fine cooking. He has travelled and proven his skills at some of the most reputable restaurants and top five-star hotels around Europe and Asia. Chef Arnaud has also had the opportunity to work with Michelin-starred chefs in France, where he rubbed shoulders with some of the most prominent names in gastronomy, acquiring discipline and valuable techniques.

Arnaud treasures the combined scent of herbs and the chemistry of textures and aromas. Devoted to his art, the sum of his most cherished dreams is simply to continue discovering new flavours and to practice his passion every day as he has for the last 20 years, bringing the world new pleasures.

More from my site